We use cookies to ensure that we give you the best experience on our website. If you continue to use this site we will assume that you agree to this.

0203 389 6076
ABOUT
BOOK
SERVICES
PRICES
Cysts
What is a cyst, what are the symptoms and how are they treated?
BY DR MAGNUS LYNCH 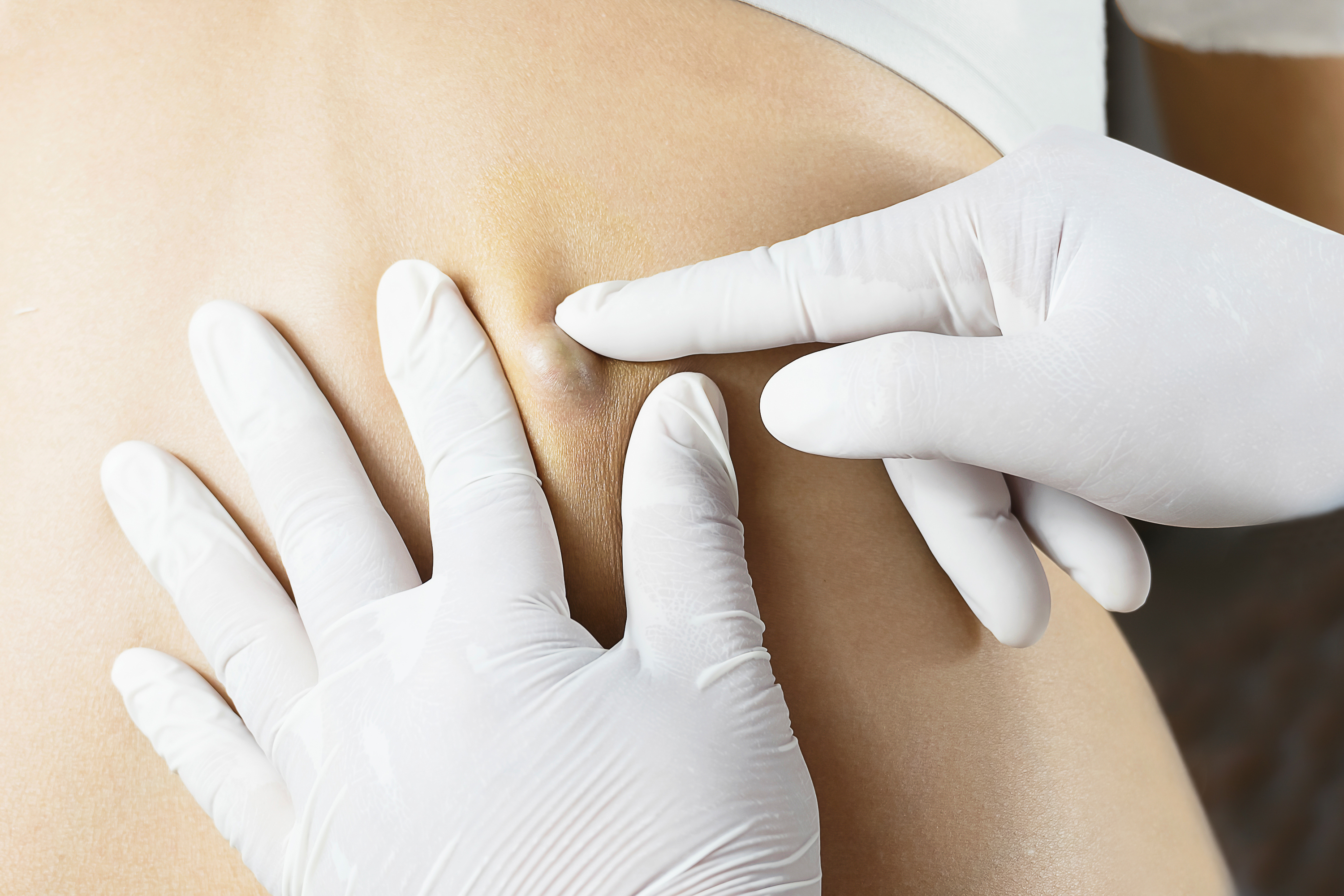 What is a cyst?

Cysts are small, slowly-growing lumps beneath the skin surface. They vary in size from tiny and barely noticeable to a few centimeters across.

Cysts commonly occur on the face, neck, chest and back where they are known as epidermoid cysts. Cysts are also common on the scalp where they arise from hair follicles and are called pilar cysts.

The protective surface layer of the skin, the epidermis, is formed from a specialized cell type known as keratinocytes that are constantly renewed and shed. Occasionally - for reasons that are poorly understood - part of this surface layer can become implanted deeper within the skin where the cells can no longer be released and instead collect under the surface forming a cyst.

What symptoms do cysts cause?

Cysts can cause the following symptoms:

How are cysts treated?

Cysts are one of the most common skin lesions that I treat. Under local anaesthetic. I will make a small cut over the surface of the cyst, gently separate the cyst from surrounding tissues and then extract it taking care that the entire lining of the cyst is removed to minimize the risk of the cyst regrowing.

After removing the cyst I will use fine stiches to meticulously close the wound in the skin surface to minimize scarring.

To book an in person consultation, enter your details below and my practice management team will contact you to schedule the appointment. Alternatively call 0203 389 6076 (calls are answered during working hours) or email: contact@drmagnuslynch.com.

ARTICLES
What to expect during skin surgery
QUESTIONS
What are combination acne treatments?
Why does acne cause scarring?
How should you prepare for an acne consultation with a dermatologist?
What causes acne breakouts?
How does the severity of your acne determine what treatment is suitable?
What is the best moisturiser for acne?
How do you know what the right treatment is for your acne?
Why do I get dark marks after acne spots?
Does acne run in the family?
What conditions can be mistaken for acne?